“I want to share briefly my story…”, begins Sebastian Chnelik about his present journey around the world.

He took a vacation trip alone a while back and says, “everything changed.” Five years ago he was working in a multinational company and finishing his Mechanical Engineering degree. At the time, he would watch the news and felt the worldview was a negative one, and one he also possessed. That people are not good to one another, there is a lot of suffering and misery and anger in the world.

We sat down when he was passing through Zug so I could find out more.

“My objective is to dedicate myself to share stories, learning and visions in networks, media communities and schools. En el mundo hay mucha mas gente buena que mala (in the world there are many more good people than bad).”

That’s it. That is his message. And his objective is not to see as many places and take as many selfies as possible. Rather it is to learn, share, create connections and be an active, empathetic participant in his experiences.

He has traveled more than 100,000 kilometers, hitchhiking and at sea. On the way to Europe, he realized a dream by crossing the North Atlantic Ocean on a sailboat (in poor condition) working as crew. He’s written a book about some of his experiences.

The 28 year old has traveled from his native Argentina with very little money and a general plan by hitchhiking, couch surfing, meeting up with fellow travelers, trading odd jobs and bartering to get from place to place and having an amazing adventure along the way. I would be remiss not to mention that he works to find moments where he can be of service and make a difference, working with communities and organizations to volunteer and help when possible.

Speaking with Sebastian, I was struck by his ease with the un-known, open to places he has not yet experienced and people he has not yet met, with only a loose idea of where he will go next. He doesn’t really know. As he told me, change has been his most constant companion over the course of this journey and he emphatically denies being a conformist.

Here is an example: In an earlier part of his journey, while still in South America (Peru and Bolivia), he took photos of different sites, nature and landmarks, printed them off and then sold them to make some extra money. Once he realized that this was a success, he decided he would then look to make money another way, to challenge himself.

Some highlights of this journey have been meeting interesting and friendly people, learning new languages, over coming fears and being exposed to unexpected, natural beauty in the different countries he’s visiting.  He cannot really comment on any bad experiences, which is remarkable. 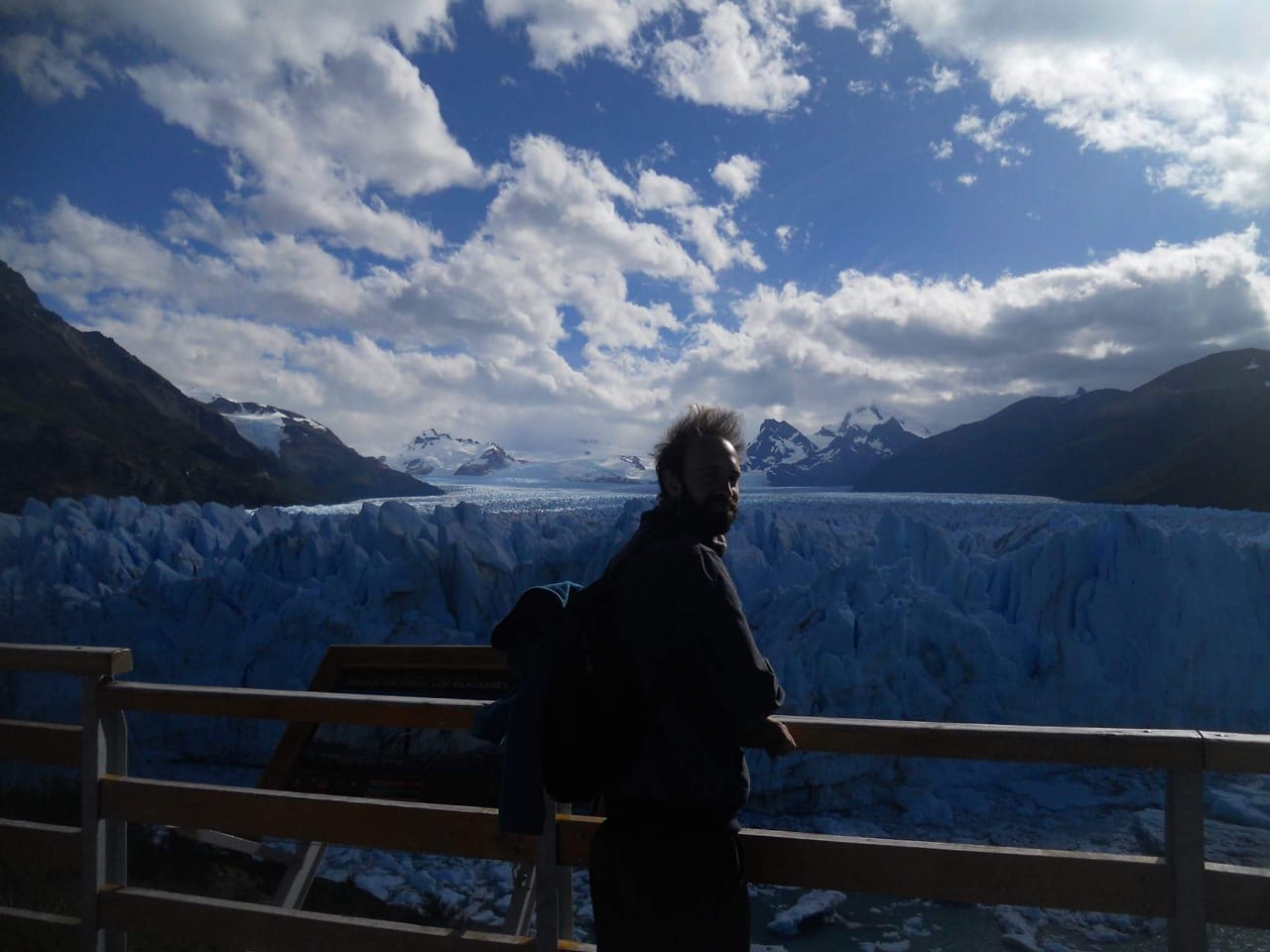 While not everyone can embark on such a journey, we can follow Sebastian on his. He has a Facebook page where he posts his impressions and experiences in the different destinations. At last check, he arrived in Moscow.  Not sure where he will head to next.  Why don’t you take a moment and see for yourself, you can follow him here.

Adventure: “Sailing with just a captain on a boat from St. Martin to the Azores. We had to work as a team and keep the boat moving even when things went wrong.”

City/Country: “The people of Merida, Venezuela are warm and welcoming” and “Italy felt like Argentina to me in many ways, because of the people.”

Food: “The tangines in Morocco, tequeños in Venezuela, mole in Mexico, cheese in Switzerland and gelato in Italy.”

Worst: “Camembert, Pastis and Dijon mustard of France were not my favorites.”

And he said wistfully it’s been months since he’s been able to find anything that comes close to his native Argentina’s dulce de leche.

What he always has in his backpack:

“Something to take notes”