Zug - The Gem of Central Switzerland

The pristine canton of Zug is located in central Switzerland. It boasts an ideal combination of low tax rates, a well-educated population, and rapid access to other major Swiss cities such as Lucerne and Zurich. This makes Zug a small but very international community. As a result of many multinational companies selecting Zug as their headquarters, comparatively many expats live here opposed to other cities. To make your move as smooth as possible, ZUG4YOU.ch provides a wealth of useful resources in English.

Global Powerhouse and Tranquil Retreat in One

Zug is an economic hub of international significance. Newcomers may never suspect the sheer volume of business transactions that pass through as Zug remains very discreet. Explore the cobbled streets of the Old Town, wine and dine by the lakeside and bathe in golden sunsets. Nature lovers and sports enthusiasts will appreciate the Zugerberg with its diverse flora and fauna that draws to hiking and biking excursions all year round. Bordering countries, Germany, Austria, Italy and France, are all less than three hours' drive away. Take a virtual tour

Zug by the Numbers 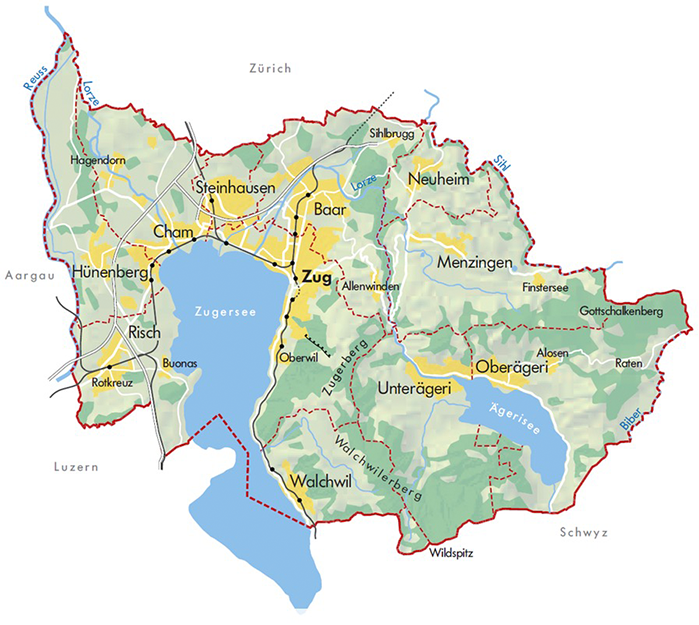 A total of 11 municipalities make up the canton of Zug. This includes Stadt Zug aka the city of Zug. 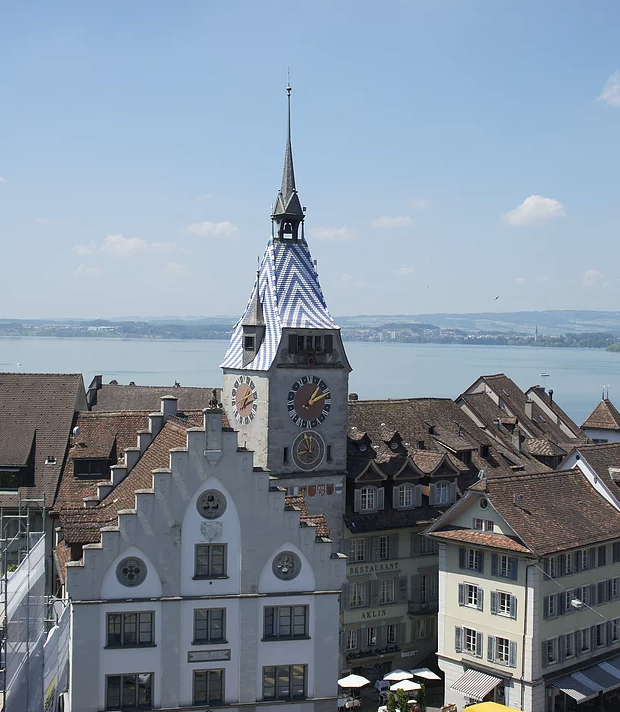 Zug is the largest municipality in the canton of Zug and counts more than 30,000 inhabitants. It is ideal for those who wish to enjoy an intimate setting governed by tradition, yet don’t want to miss out on the perks that urban living offers as shops, services and restaurants are abundant. In addition, Zug is the focal point for many cultural activities and events plus has its own professional ice hockey team EVZ that is the current Swiss Champion. 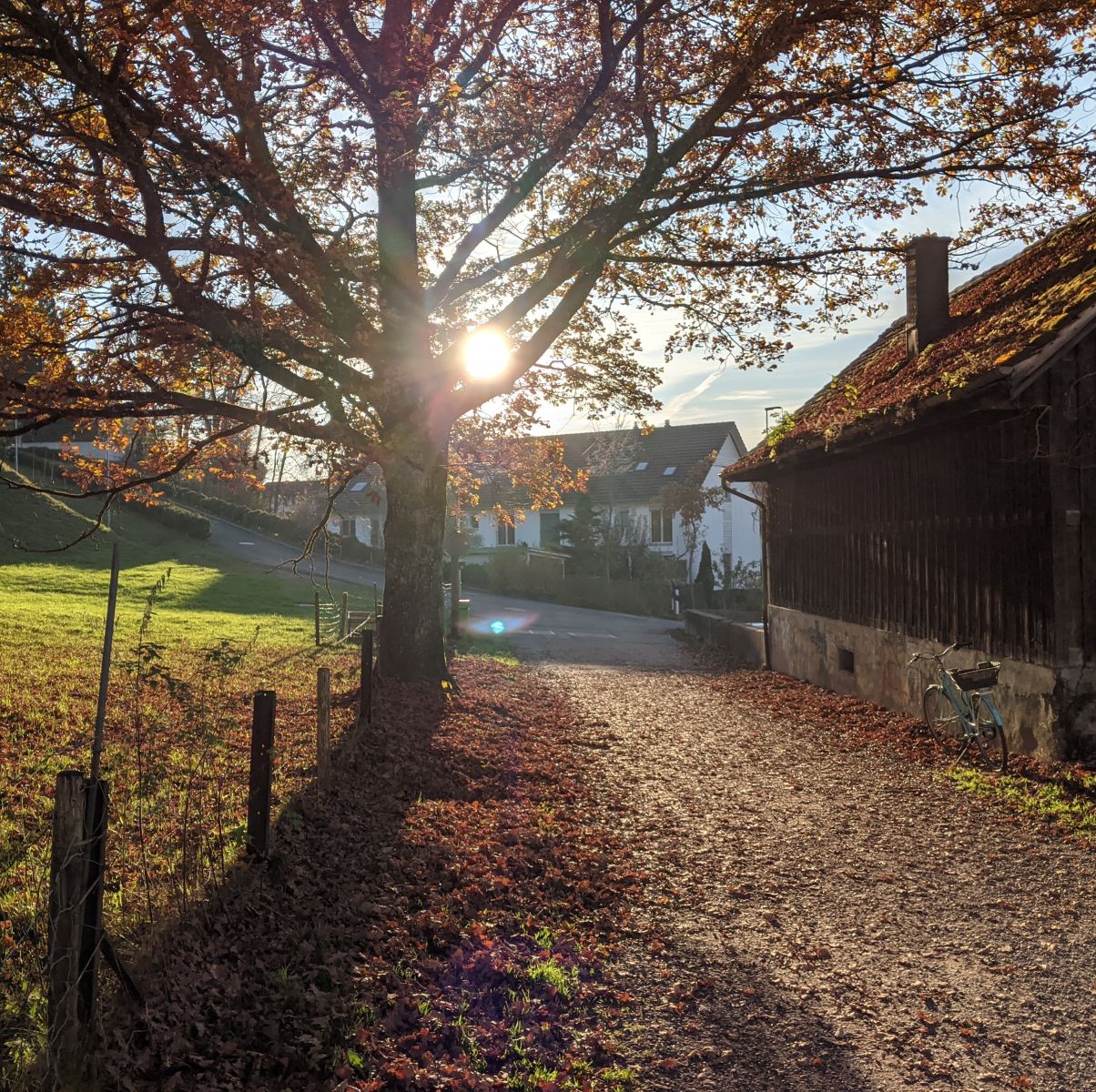 Baar is the second-largest municipality in the canton of Zug and has seen tremendous development in recent years. Shops and other everyday amenities are conveniently located at one's doorstep and although many corporates have opted to settle here, there are just as many pristine landmarks awaiting their discovery. Not to be missed are the Baarburg, the Lorzentobel ravine as well as the Höllgrotten Caves, which attract visitors from across central Switzerland. 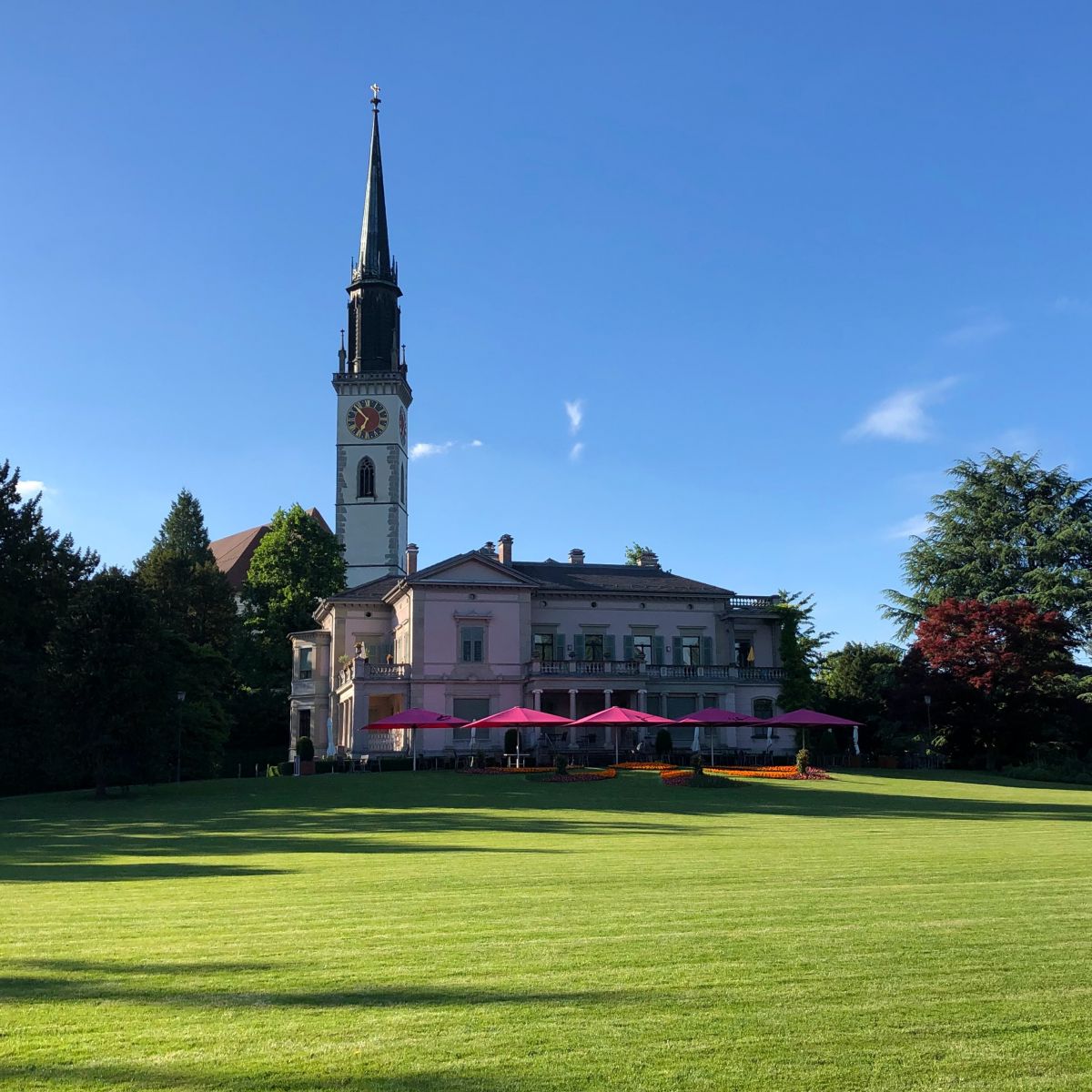 Cham was once an important industrial centre and home to the Milchsüdi company, one of the cornerstones of what today is known as Nestlé. Over the years, however, its character has changed significantly. Cham is primarily residential, which comes as no surprise really given its unique lakeshore setting and the bountiful River Lorze that runs straight through. Clubs, recreation grounds and parks such as the 46,000 m2 Villette Park are at the heart of community life. 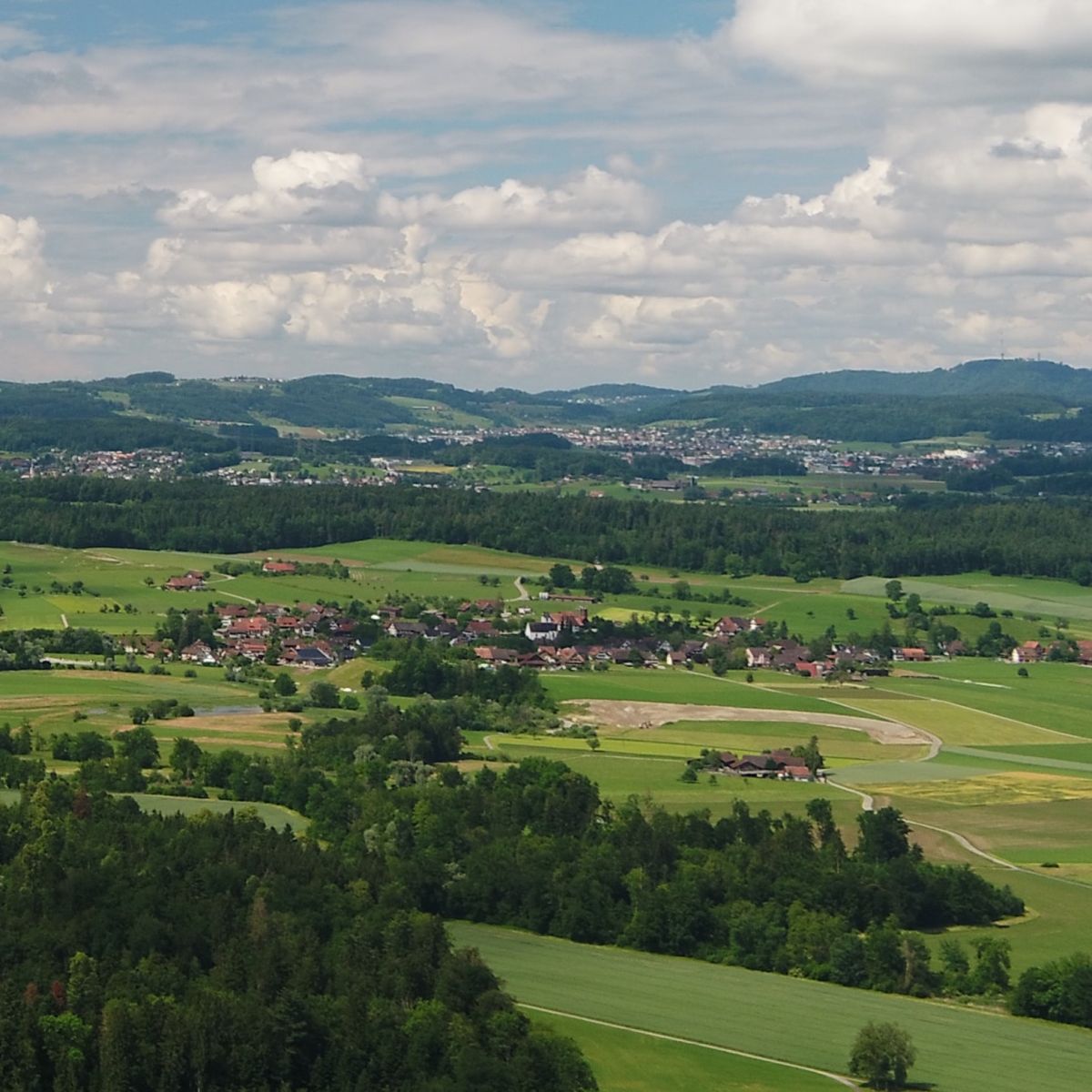 Hünenberg is characterised by the picturesque scenery of the Alpine foothills and lies between Lake Zug and the River Reuss. When compared to some of its counterparts, this municipality has remained relatively rural. Though its popularity has certainly increased over the years, Hünenberg primarily serves as a tranquil residential area with main amenities best found a short distance away in the neighbouring villages and cantons. 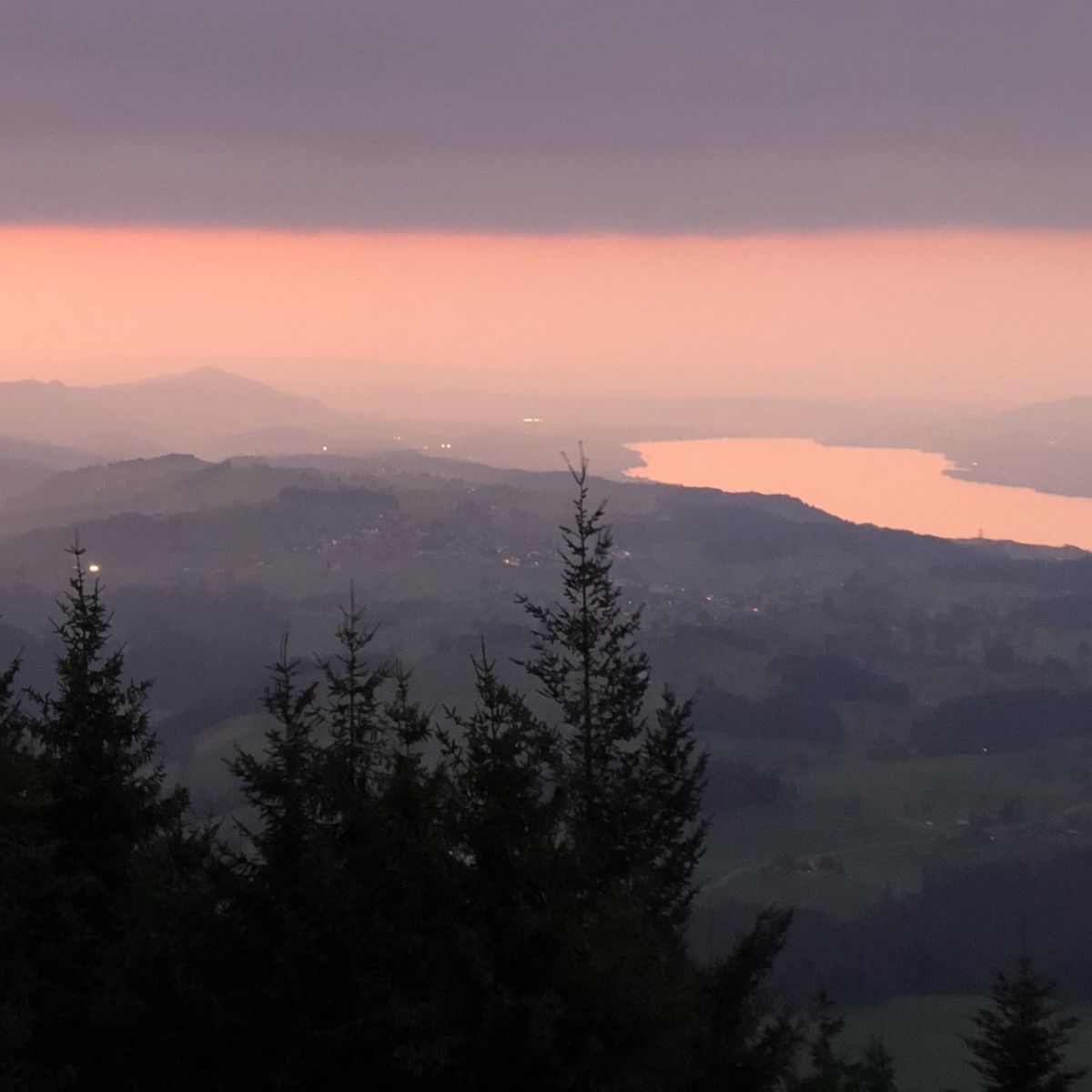 Tucked away in a hill range at 805 m a.s.l., Menzingen lies high above the fog line that likes to cast over the canton of Zug in autumn. In terms of surface area, Menzingen is the canton's second-largest municipality, and yet with just 4,499 inhabitants, it is one of the lesser populated. Characterised by farmland, Menzingen doubles up as a wonderful hiking area with many viewpoints onto the surrounding lakes and mountains. 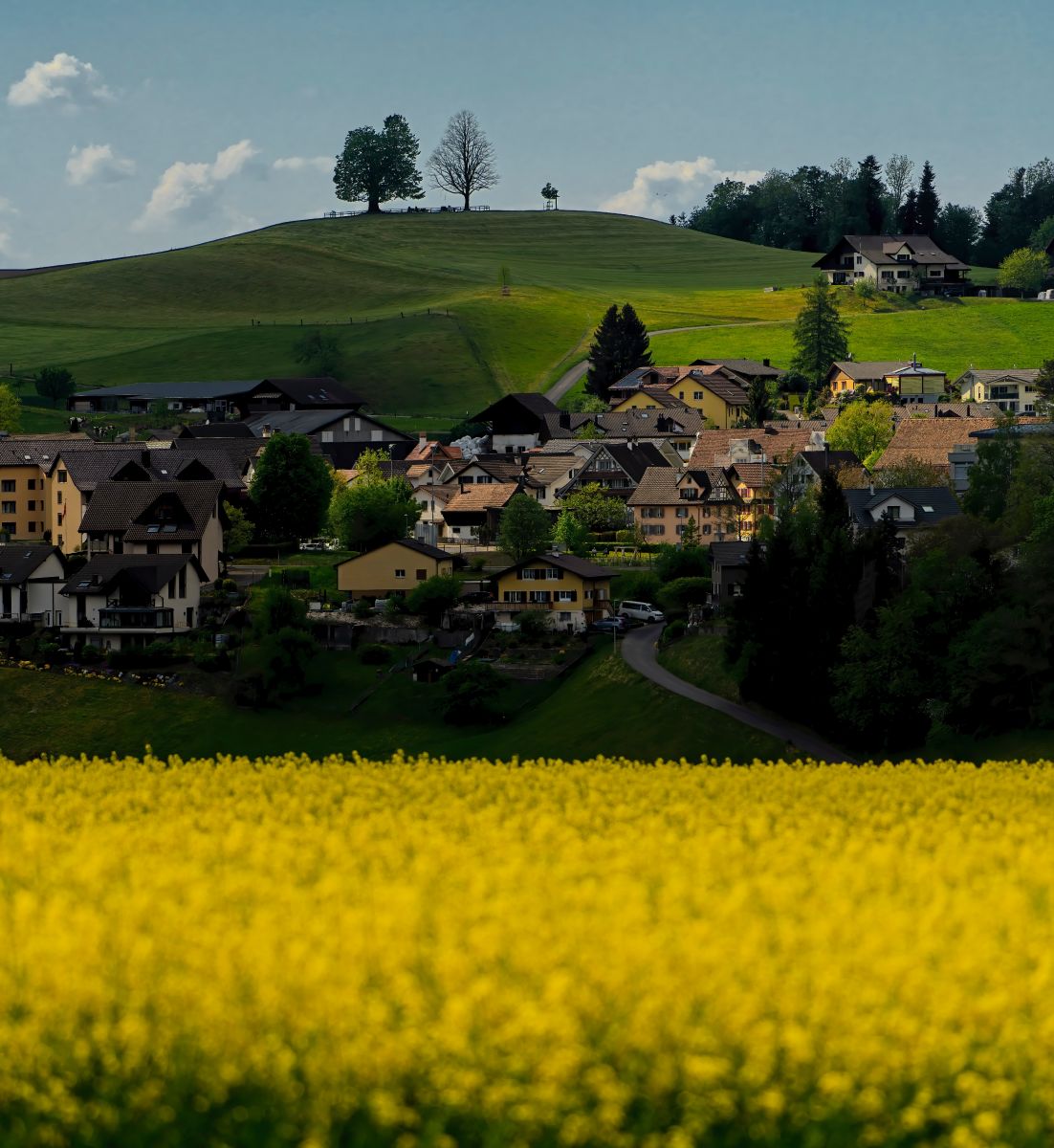 Neuheim is canton Zug’s smallest municipality and ideal for families after a lowkey, tranquil lifestyle. Laid out as a single village, Neuheim has a rural charm and remains extremely overseeable. Local shops and services allow one to run smaller daily errands locally, while solid transportation links and the frequently traveled Sihlbrugg junction to Zurich means one has reached surrounding areas in no time.

Oberaegeri encircles most of Lake Aegeri and boasts spectacular sceneries as it is surrounded by hill and mountain ranges. Unpretentious yet modern, the municipality has high appeal among the expat community. The town centre has everything one needs including shops, restaurants, and sports facilities. Lake Aegeri too is home to an abundance of leisure activities. In winter, the recreation area Sattel-Hochstuckli in neighbouring canton Schwyz serves as a local ski resort. 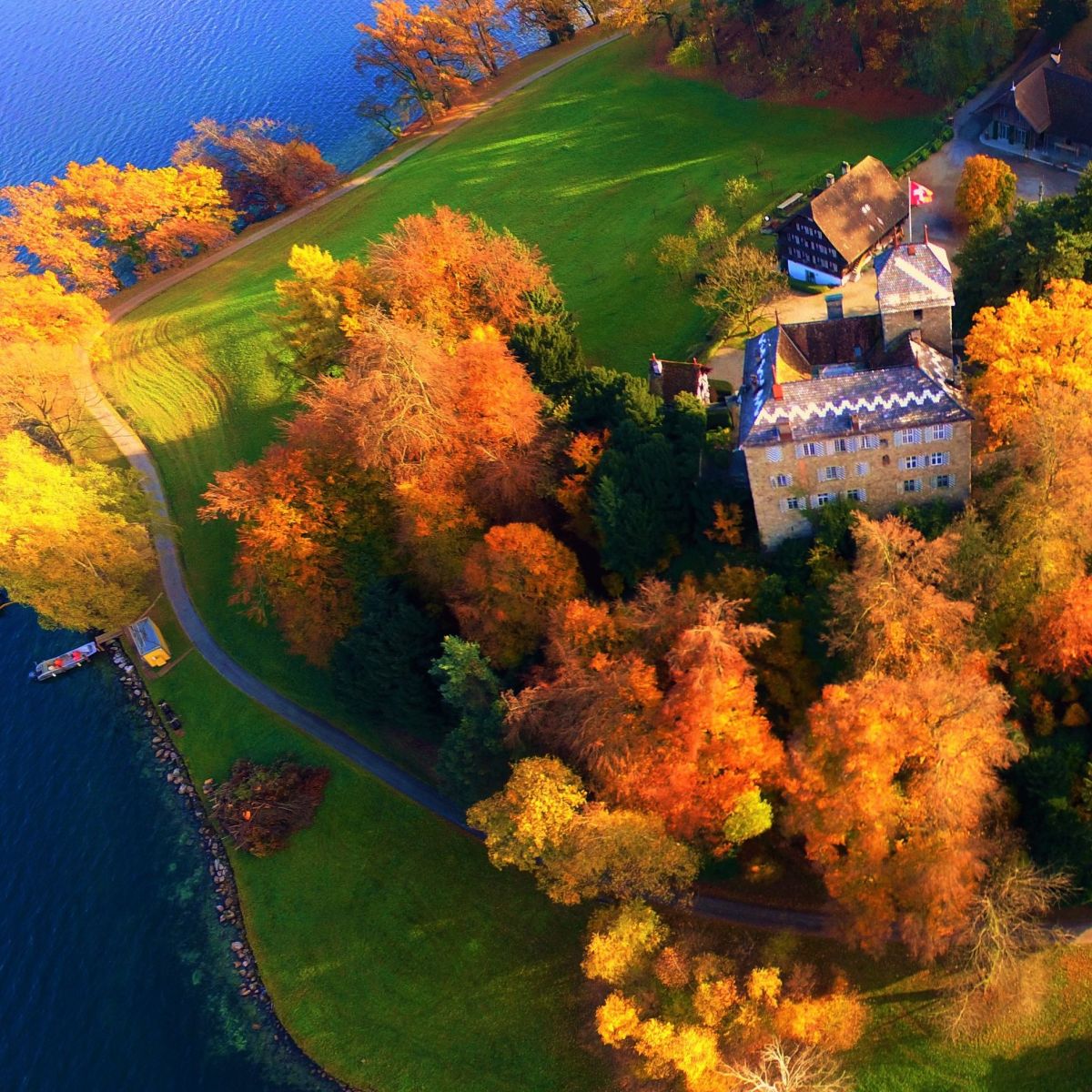 Risch consists of four main villages – Risch, Rotkreuz, Buonas and Holzhäusern. The municipality has been organised in such a manner that it serves as a residential as well as an industrial hot spot. Increased investment over the years has attracted many multinational corporations, and yet the surrounding nature remains intact. At its core is Rotkreuz, the busiest neighbourhood of the bunch that serves as a major transport link for commuters. 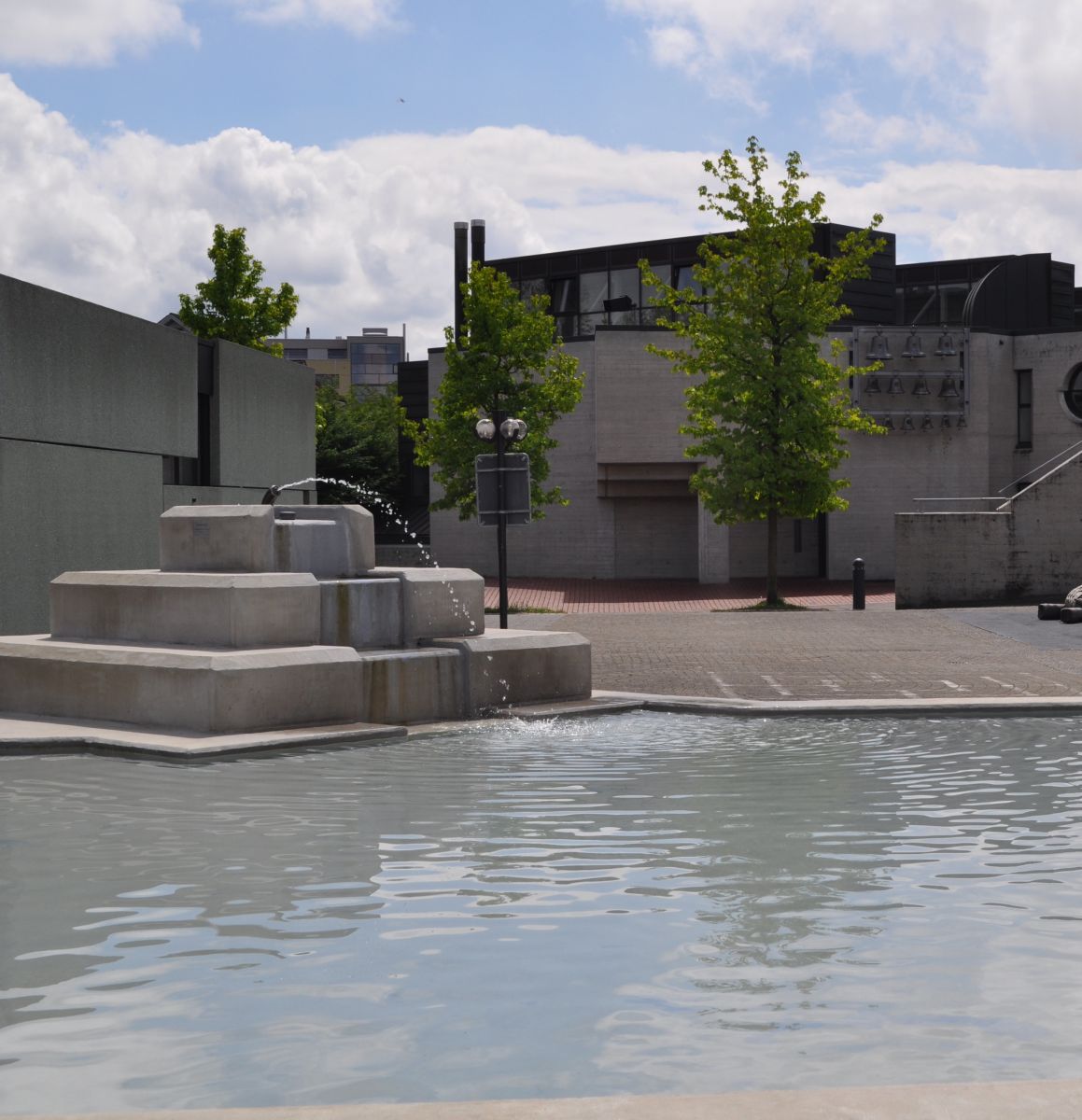 Steinhausen may be the smallest municipality in the canton of Zug but it is the most densely populated following a boom in the 70s. It is home to the shopping centre Zugerland, which houses central Switzerland’s largest Migros supermarket and 50+ shops. Steinhausen further benefits from excellent transportation infrastructure and a significant portion of the municipality remains woodland. 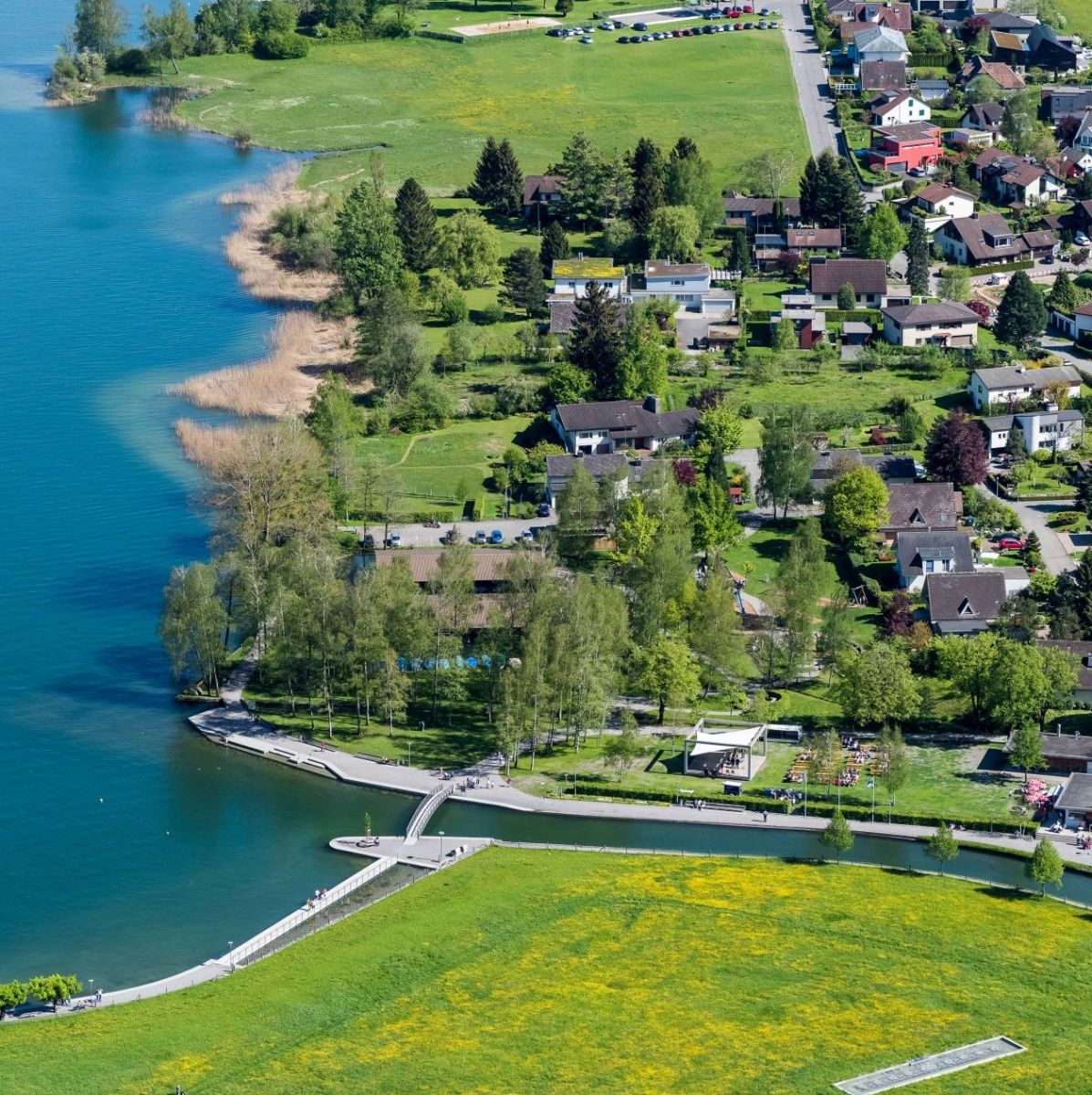 Just like its counterpart and neighbour Oberaegeri, Unteraegeri enjoys high appeal among the expat community. Its main village sits at the tip of Lake Aegeri and has all essential amenities, providing the perfect balance between urban and rural living. Located here on the shared border with Schwyz is also the Wildspitz, the highest summit in canton Zug, which boasts views second to none. 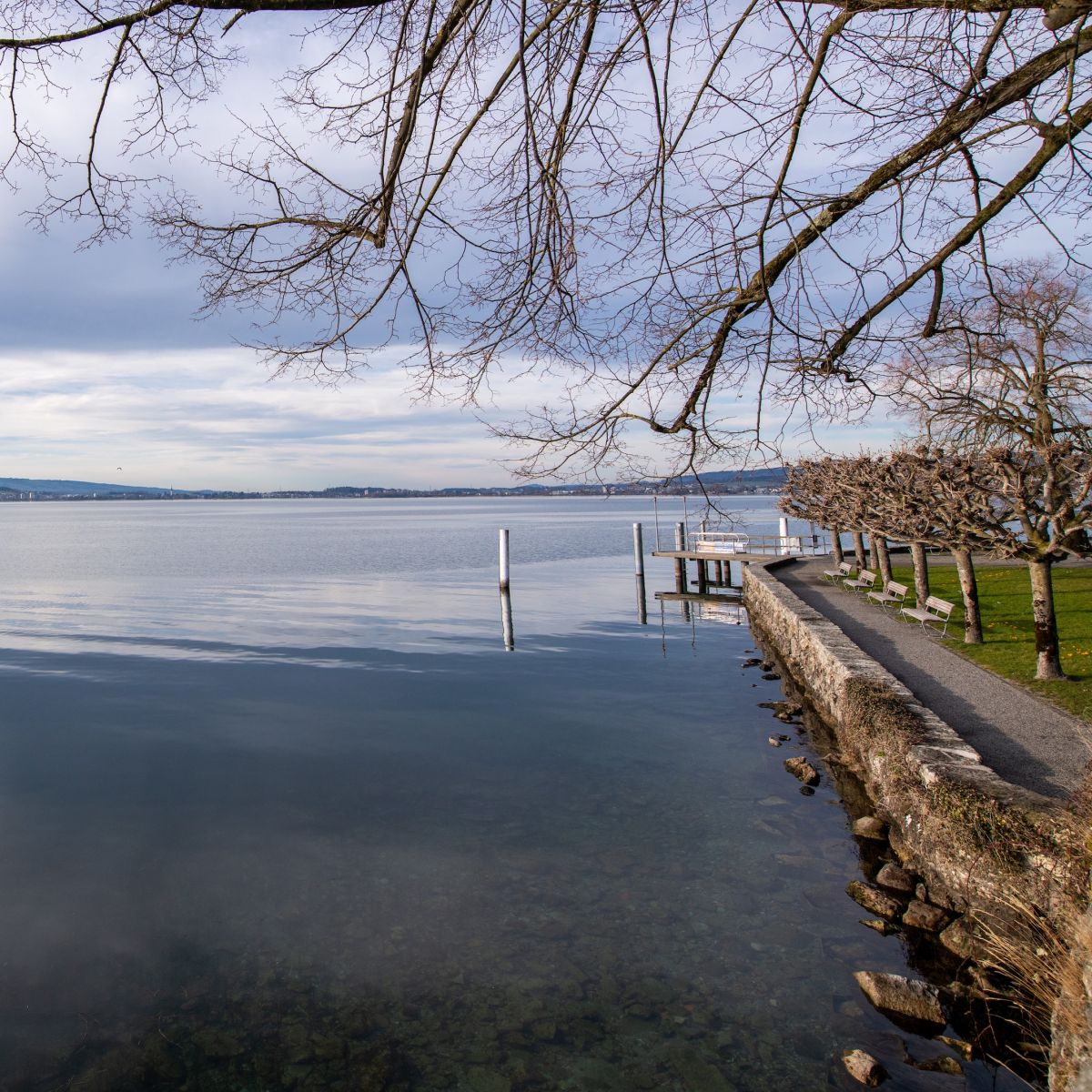 Walchwil is an oasis of tranquillity located directly along the eastern shores of Lake Zug. Its mild riviera-like climate means that chestnut trees, fig trees, and grapevines are left to flourish along its slopes. A former fishing village, Walchwil has become a popular place to live and is primarily residential with good transportation links to the neighbouring hustle and bustle nonetheless.