Train like an astronaut. Leverage science to build muscle, lose fat, and feel amazing in 6 minutes a week. How two former M&A bankers solve the fitness & health challenges of time-starved individuals in Zurich and newly Zug.

It seems that we at Zug4You can’t help but connect with the newcomers in town. Most recently, we had the pleasure of meeting team AURUM and when we were offered a training session at their brand-new Zug branch, well, we simply couldn’t resist. Never had we set foot in a personal training studio as sleek as this one. Serving as the centrepiece was a single machine. High Intensity Training backed by science and technology – 6 minutes of guided exercise is all it took for us to feel that fulfilling ache in our body for days to come. Our verdict: whilst one definitely has to see (and feel) it to believe it, we’ll be back for more. A big thank you to co-founders Julian and Philipp for taking the time to share their story…

Long hours and tight deadlines. That was the life of Julian and Philipp during their time in investment banking in Zurich. By 2017, 80-hour work weeks had taken their toll on their bodies. Julian experienced lower back pains, Philipp suffered from constant shoulder pains following a ski accident, not to mention the additional inches that were gradually building up around their waistlines. Perhaps this was an acceptable phenomenon for 70-year-olds but at the tender ages of 27 and 32 respectively, they both agreed that something definitely had to change.

Julian fell back on a workout routine from his previous professional sports career in Olympic sailing. As a member of Germany’s national squad, he had had the privilege to train and learn alongside a top athletic coach. Together they had relied on a special form of High Intensity Training (HIT) based on strength exercises to gain muscle mass and improve fitness. Julian recalled the amazing results he had achieved with this style of exercise. Most remarkable is that it only takes 20 minutes once a week as the muscles need an adequate amount of time to grow and recover. The time efficiency itself stems from the fact that one only performs 6 exercises lasting a minute each.

With a plan in hand, the pair began attending a local gym to help each other perform HIT with weight-based machines. In fact, Philipp became so excited about this new form of exercise in his life that he began questioning why this was not being offered as a service. The brainchild of what would later become the AURUM 6-minute workout was born. 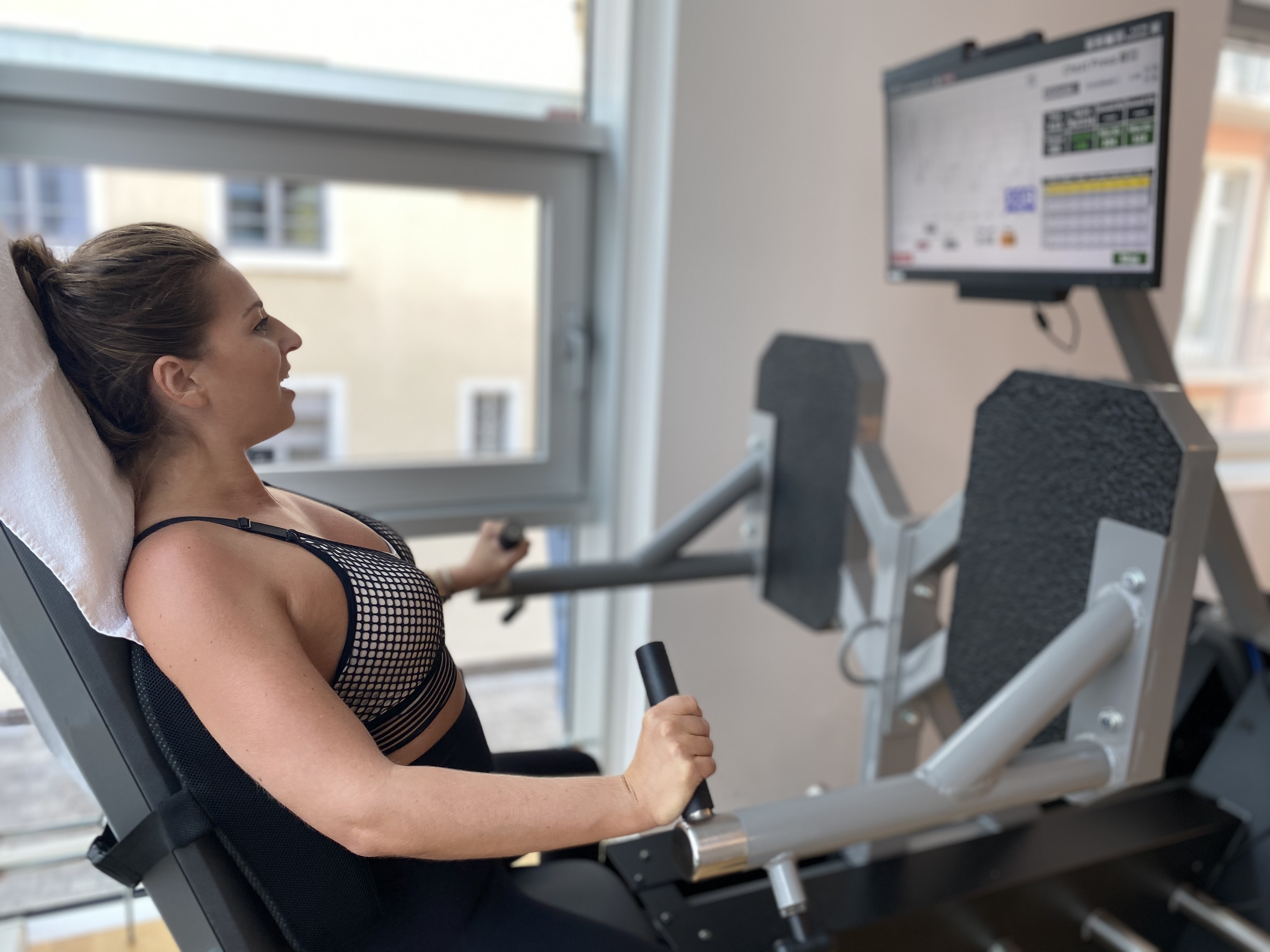 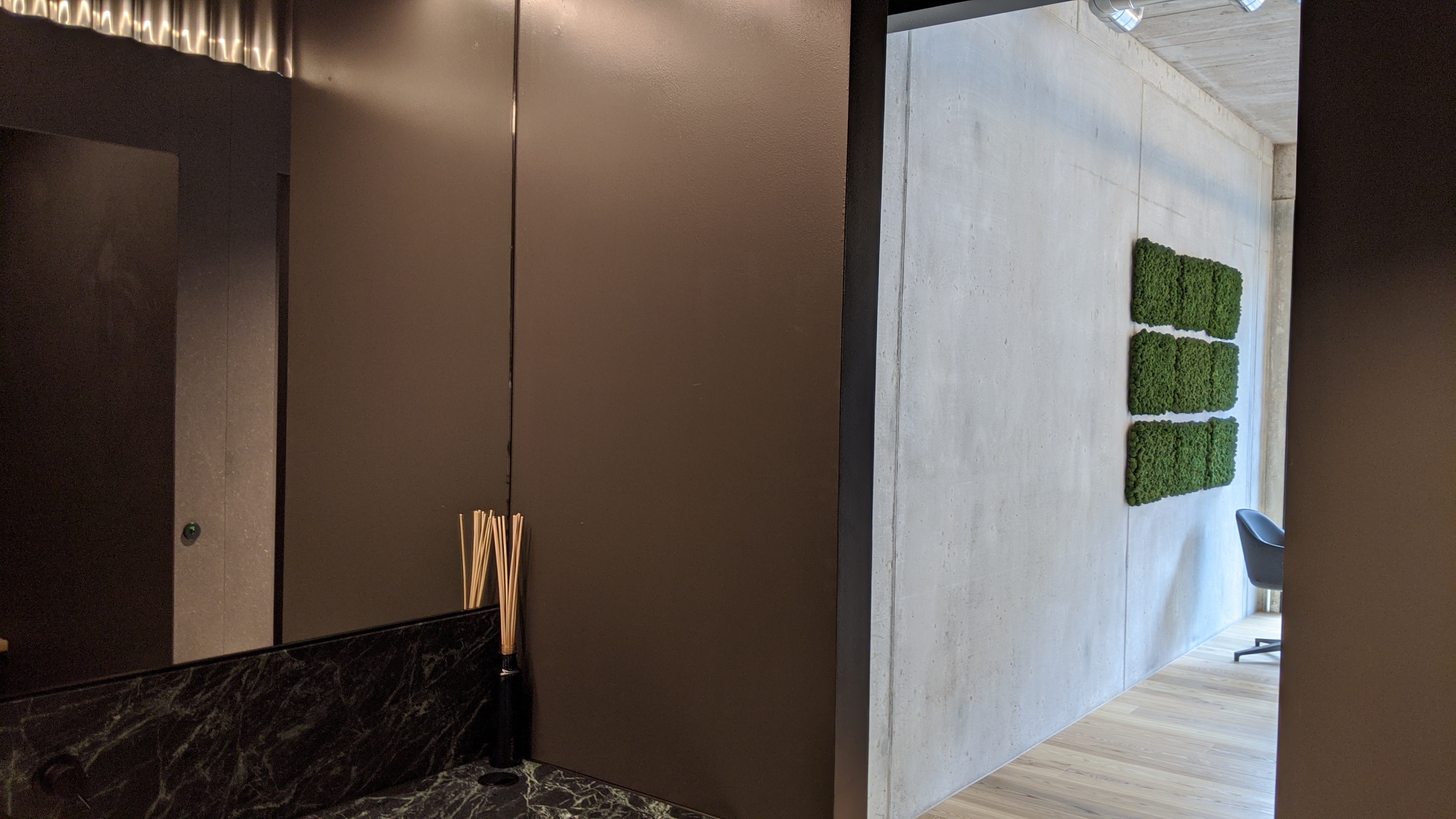 Truth was, traditional weight-based equipment, which could be unsafe and made quantifying results difficult, was stifling HIT’s potential. So, in true consultant fashion, the two ventured out to find a better way, a better tool. The moment they came across a weightless method used in physiotherapy they knew they were onto something big. Unlike weights, AURUM machines would defy gravity – the tagline “train like an astronaut” sprang to mind.

Finally, AURUM opened shop in Zurich in 2018. The rewarding feeling one gets from the workout burst and measurable results in muscle gain and fat burn thanks to a high-tech Fit3D body scan keeps driving word of mouth. Nonetheless Julian acknowledges, “most people are sceptical that 6 minutes are really valid, and I can totally understand after decades of false claims in the industry”. It is exactly for this reason that AURUM offers 2 free trial sessions during which one can also better gauge the science behind the technology.

AURUM is now open at Baarerstrasse 86 in Zug. Book in your free trial sessions, and benefit from a CHF 150 discount on annual subscriptions via Zug4You.

Fitness in Zug: How Can You Lose Weight Fast With Just One Workout a Week?

How to exchange your foreign driver's license for a Swiss one

Meet the Winemakers of Switzerland