In Canton Zug, the federal elections promise to be quite exciting. In addition to the question of whether the current parties can retain their seats again, or if the left parties in the House of Representatives, or the SVP in the Senate will win a seat, these elections are also about the continued promotion of Canton Zug’s model of success. 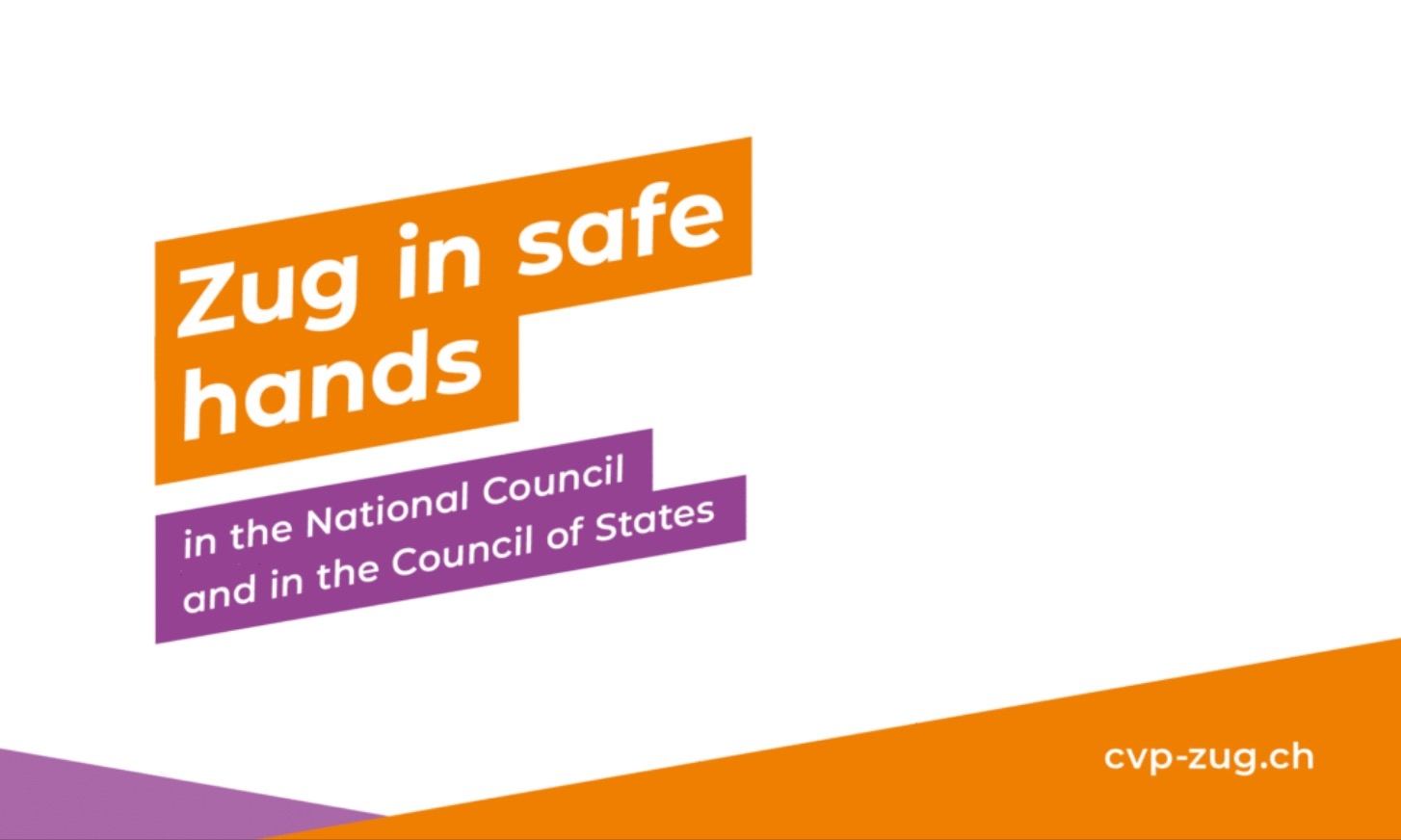 Canton Zug is to Switzerland what Switzerland is to Europe: a region that occupies a leading position in most rankings. Taxes, education, innovation, environmental policy and international competitiveness are all factors that determine the success of Zug – issues that the CVP, as the strongest party in Canton Zug, is committed to. Gerhard Pfister and Peter Hegglin deserve voter confidence on October 20. Both are well networked in Berne and are deeply committed to the issues of Zug in the Federal Parliament.

As members of the international community of Zug, you are valuable contributors in ensuring that the Canton of Zug does so well. Another important factor is our direct democracy, with its many opportunities for co-determination. Take part in the elections if you are eligible to vote. Attend one of the many events where you can talk to CVP candidates, Senator Gerhard Pfister and Representative Peter Hegglin and share your concerns. In Switzerland there is no divide between politicians and the population, and that certainly applies to the canton of Zug as well.

We thank you for your contribution to a lively, successful and livable Canton Zug and your support of the CVP. “Keep Zug Ahead.”

New in town: in conversation with AURUM