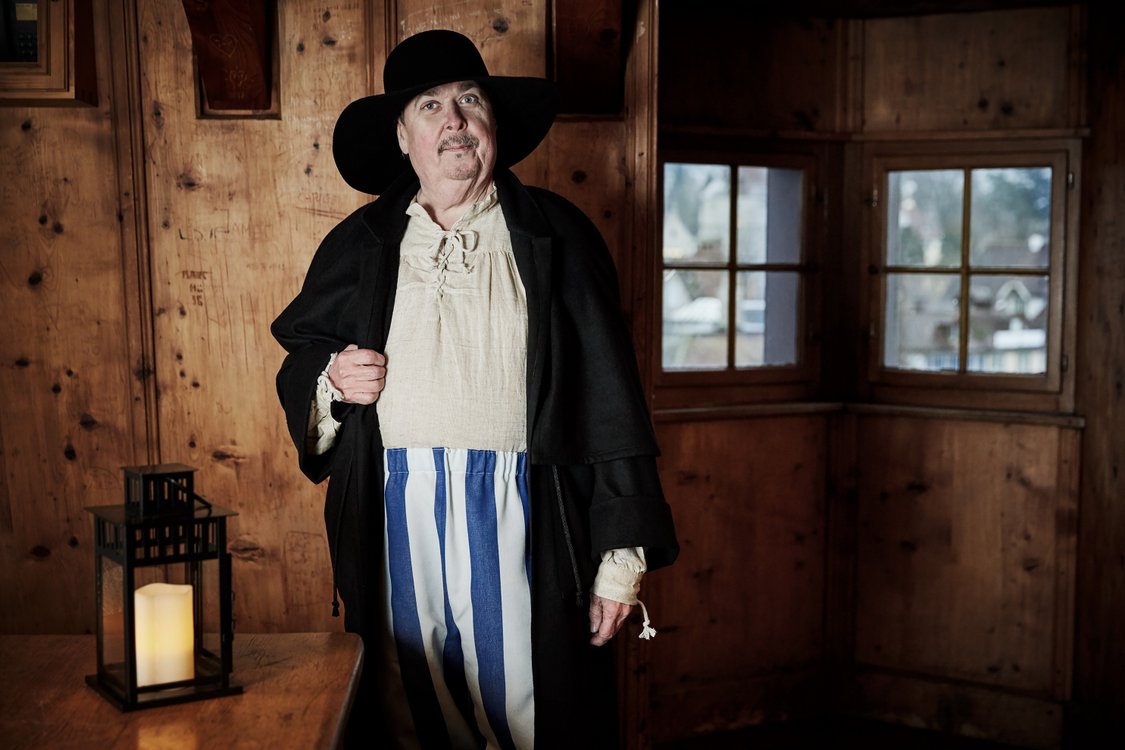 You will meet the historically costumed Zytturmwächter at the very place where it all happened: under the 770-year-old Zytturm in Zug. You can't miss the tower guard in his blue and white striped pants, heavy coat, watchman's hat and lantern. First he shows you his tower and his "Wächterstübli" from outside, then it's time for the slow climb up to the tower. Balz Utiger, as the "Zyttumwächter" calls himself, knows how to entertain young and old with his lively, humorous stories and anecdotes. A guided tour by Zug Tourism, written by Judith Stadlin and researched by Michael van Orsouw. The tour is only available in Swiss German (Zug dialect).