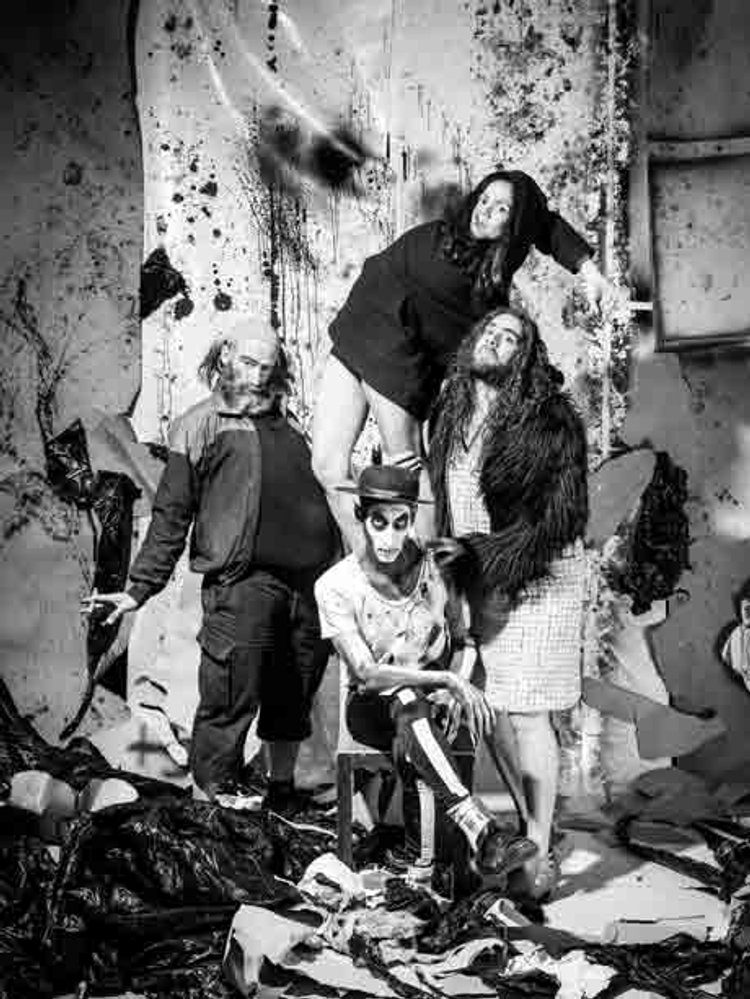 «Danse Macabre» is a new creation by choreographer and stage artist Martin Zimmermann. The show continues the thread that has been developed in his multi-faceted work over the last 20 years. «Danse Macabre» portrays three tragi-comical and fragile figures who have fallen outside the accepted societal norm and who come together out of necessity to form their own kind of family structure. Despite many a setback and the difficulties that their interactions throw up, the three figures always get back on their feet, combine their forces and find unusual ways out of their plight. Another bizarre character hovers over this fragile community brought together by fate: Death. Martin Zimmermann himself plays the role of this mischievous puppet-master who begins to pull the strings, unseen by the actors, who thus are never sure whether the disturbances and obstacles they are continuously confronted with are due to external forces or are part of their own story and environment. «Danse Macabre» sees the protagonists fight for their survival, with the only thing able to save them being their sense of humour.