Back
Today, Gerstl is regarded as the first Austrian Expressionist. The work of the young Austrian was too radical for his contemporaries and still possesses an explosive force. 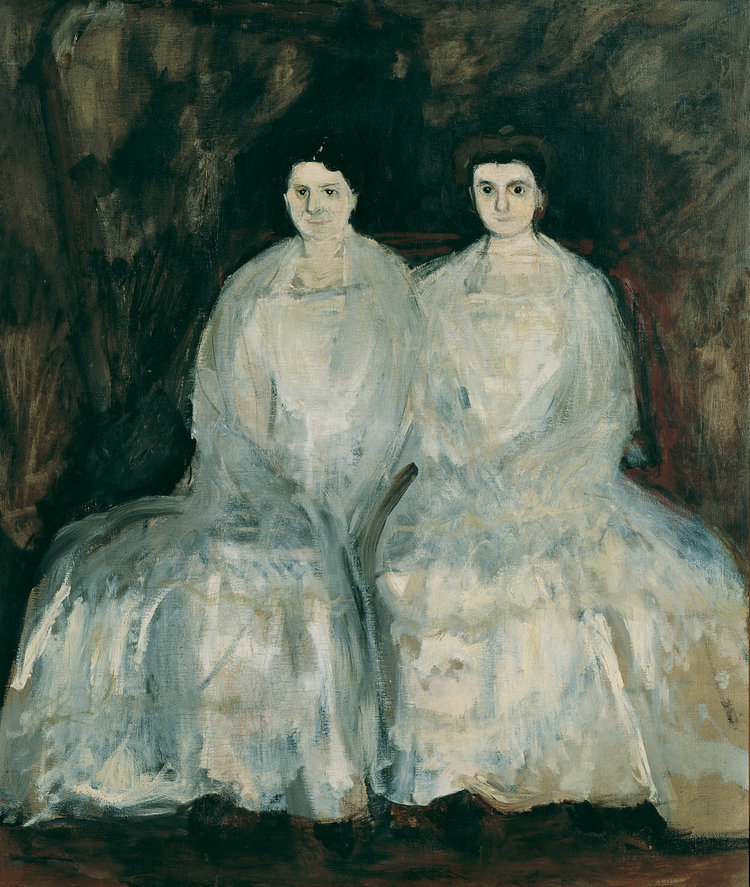 The two women dressed in white come across as strangely dark, eerie, mysterious and odd. This picture of the Fey sisters stands in stark contrast to the ornaments and rich colours of the Viennese Secessionists and the Klimt Group. The work of the young Austrian artist Richard Gerstl (1883 – 1908) was also too radical for his contemporaries. He was barely able to exhibit his work during his lifetime, and committed suicide at the age of 25. Today, Gerstl is regarded as the first Austrian Expressionist, and his pioneering works have acquired more and more international recognition in recent years. The story of Gerstl’s rediscovery is closely bound up with the Kunsthaus Zug. As the artistic director of the Galerie Würthle, which belonged to Fritz and Editha Kamm-Ehrbar in Zug, Fritz Wotruba was able to acquire Gerstl’s estate. With the exhibitions and loans they organised, Wotruba and the Kamms made a major contribution to getting the artist better known. Today, the Kunsthaus Zug owns the second-largest collection of Gerstl paintings after the Leopold Museum in Vienna. The exhibition “Richard Gerstl. Inspiration – Legacy” situates the artist in the context of the art of subsequent generations. How did artists react to Gerstl’s work after 1960? By contrasting his works with those of Günter Brus, Otto Muehl and contemporary artists, this exhibition will accentuate the topicality of Gerstl’s Expressionist oeuvre. His artistic environment of the time will be illustrated by works from the collection of the Kunsthaus Zug by artists such as Gustav Klimt, Edvard Munch and Egon Schiele. This exhibition will translate their historical perspective into the present day, and demonstrate the explosive force that Gerstl’s oeuvre still possesses. “Richard Gerstl. Inspiration – Legacy” is a collaboration with the Leopold Museum Vienna. A book was published jointly by both museums to accompany the exhibition.